This project seeks to explore different ways users unconsciously play with their mobile devices. Pushing past just the exploration, I aim to create a series of unique interaction ‘sprints’ that work to put meaning behind fidgeting. These interaction explorations will live in a conceptual app, and seek to solve the problems specific to it.

Select the circle of friends you want to see, and drag the group around the circle, unlocking that groups social media content.

Drag the circle you want to access to a center “mouth”. Releasing the circle triggers the social media content to be displayed.

Push the center dot to the circle you want to enter. Release the dot and access that groups social media content.

Social media feeds are muddled with content we don’t really care about, and the content we want to see is often buried beneath it.

I wanted to mimic the act of dialing on a rotary phone and translate that as a means of entering a circle’s social media feed. I wanted to emphasize the intention of looking for specific content, and give more meaning to that interaction.

I was heavily inspired by the rotary phone. This phone forced users to have an intention in dialing someone, and I wanted to recreate that friction. I wanted to play off of the idea of having a deep intention in connecting with someone, instead of the traditional mindless act of scrolling or swiping.

I learned a brief history on why the rotary dial existed in the first place. Why not just use 10 buttons instead? It comes down to user experience. Phones prior to the rotary phone required a hand crank, which generated the signal. The rotary dial was created to keep the interface familiar and relatable to that of the hand crank. 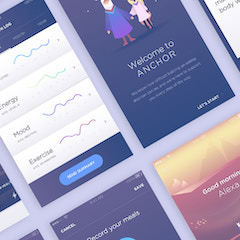 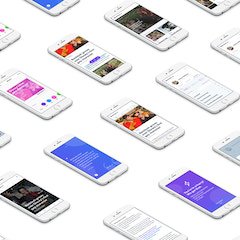