Inspired by Luke Wroblewski’s twitter post series asking the question What would Augment Reality? Students were asked to create data visualization and demonstrative experiential prototype in the spirit of the augmented reality examples from Luke's posts. Prompted by directives such as “explain”, “check reviews”, and “measure”, students animated prototypes to express real-time 2D Data Visualization in 3D space.

AR Reading Planner: As a student, I want to know how much time it takes to complete an assigned reading so that I can manage my time better.

Comparing Sugars in processed foods using augmented reality. Users can use this mobile tool in grocery stores to compare similar products and see which foods have the highest sugar.

This augmented reality plant identifier will use indicators like the tag, leaves and flowers of plants to tell the user facts like "edible for humans" and "animal toxicity level".

An HUD Display for remote view of an Unmanned Aerial Vehicle.

A facial recognition debt collection application for the phone.

As a chef in training, I want hands-free recipes so I can work more efficiently and limit contamination of food and/or my devices.

Jade is augmented reality app that identifies plants and their needs. Giving you sunlight levels and water levels. Jade also lets you know which windows get the best light.

Instagram Circles is feature that exists within the current app that enables users to see where the most popluar photos in their general area have been taken. Alternatively, other spots are displayed where fewer, yet more successful photos have been taken. 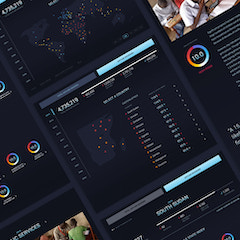 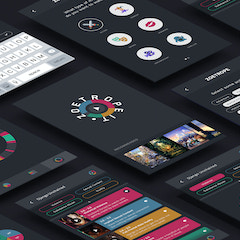